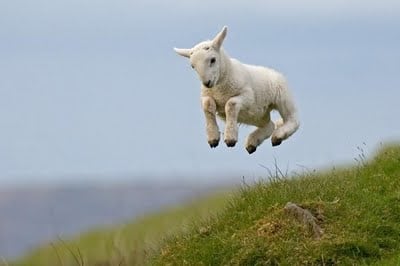 As we go on our final break for 2010, I’m in absolute awe (almost wrote “ewe” … that pic just cracks me up!) of what we just accomplished.

On January 14, 2010, the 6 of us set out from an unusually chilly Miami, FL, packed sardine-tight into an SUV truck hauling a 12-foot trailer completely filled to the tippy top with music instruments, suitcases, air mattresses, band merch, sound gear, laptops and a few bags of salt & vinegar potato chips … during the height of the worst financial crisis since the Great Depression … with no financial backing or record label support … with only about 23 solid events booked from the Florida panhandle all the way to British Columbia, Canada … not quite knowing exactly when we’d be back … not knowing where we would be sleeping for most of the journey … knowing that we’d need to book a lot more shows along the way to make the money work … Alex leaving behind a wife and 3 daughters, Edwin his new wife, Jaime and Bryan two girlfriends, Ash and Kaz, well, at least the comfort of their own beds …

… simply knowing it was time to go.

From a certain perspective, it was completely crazy. I had decided from previous experience that it’s not wise to take a professional band on tour without having it completely booked, knowing where we’re staying, where we’re playing, and when we’re coming back. Still, I couldn’t make that happen for us from the East Coast. The West Coast didn’t know HERE II HERE yet.

We just had to get on the road and get going … trusting that all would be revealed as Life decided it needed to be. Like driving at night through a thick milky fog, I would have loved to have been more certain about the hazy road ahead. But even the near future casually swallowed up all attempts to cast my vision forward … all I could see was a dreamlike, uncertain pathway that simply beckoned us forth.

We decided to trust that Life would show the way. And anyway, I had a good framework for getting us to San Diego. From there on out, I didn’t know much.

It took us 3 weeks to cross the country. We dodged a snow blizzard that dropped 5-feet of snow in Flagstaff AZ and cancelled our only Santa Fe show (the only cancellation of the whole tour). We dealt with cold weather vocal issues, juicing our balls off to stay ahead of any bugs; competed for an audience against a Dallas Cowboys playoff game; slept in a yoga studio (I slept on a massage table); recorded one of the funniest “Texas Gas Stop” videos in history; filmed a live music video at the Grand Canyon (during which I almost tumbled into a crevasse); recorded another live music video on Sedona’s Mars-like Red Rocks; had our first “please take the band home with you tonight” audience announcement when we arrived in Albuquerque with nowhere to stay.

All that and more happened before the “West Coast” tour even officially started!!

We arrived in San Diego on Feb 3rd, 2010, knowing almost no one. At our first actual “West Coast” concert, there were 16 people in the audience. But those 16 would help launch our entire West Coast tour. Thanks to that small audience, 3 days later the largest and most elusive venue in the area called me to schedule the band just 10 days later to perform for over 200 people.

A lot of the blogs I’ve written here detail various adventures on this tour, adventures hilarious and inspiring, mesmerizing and poignant (one of my favorites is the San Diego housing adventure … the hands-down fan-favorite is Naked-Time at Clothing-optional Harbin Hot Springs, CA).

In the end, we logged over 25,000 miles on this tour. We thought it would last just 5 or 6 months before heading back to Miami. Ultimately, it turned into an epic 10-month voyage that ended with us officially moving the band to Los Angeles.

We performed over 130 times (recall I had about 23 shows booked when we left) … in yoga studios, churches, theaters, living rooms, on rooftops, in clubs and dance halls, at festivals and on lawns, on TV (fun video) and radio, in an organic winery pyramid, in the desert and at Burning Man, in prison and rehab centers, and much more than even I can remember … and I booked all of it!

We were supported primarily by CD sales (around 6000 sold), audience donations (95% of our shows were donations only), and the remarkable willingness of people across the continent to shelter 6 unknown men in their homes.

And we avoided perhaps the largest potential expense during that entire 10 months thanks to people’s open-hearted sense of both compassion and adventure. In all that time, we slept in hotels maybe 7 or 8 nights because we had nowhere else to go. The rest of that journey, people welcomed us into their homes … usually strangers to us, and us to them … sometimes single women (great video of our beautiful Phoenix host, Zee) … sometimes families with young children … they fed us, gave us their children’s beds, their couches, even kitchen floors and oversize window-sills; let us sleep in their RVs parked outside, their guest bedrooms; they let us use their jacuzzis, offices, kitchens, and sometimes their cars … it was extraordinary.

And thus our family has grown exponentially. I won’t even begin to try naming all the beautiful souls who supported us on the journey, many of whom even now are plotting and scheming ways to help us on from here … to bigger and even bolder adventures.

We’re up to something extraordinary. I know the remarkable adventure of 2010 is just the setup for what’s coming next. I don’t know what that is, exactly. I sure wish I did. But the road ahead is still hazy. That thick fog obscuring even the near future just never seems to lift!!

But that’s ok. Even if it all ended today, if Here II Here never performed another concert, I would be forever proud of and humbled by what the 6 of us accomplished in 2010 … laughing most of the way!

Sure, we had our scuffles. We had some long nights, locked-up backs, sore throats, dog bites, trailer problems, border issues, snoring conflicts, misunderstandings, and all that human stuff.

But that’s what makes working with Here II Here truly magical for me. We keep our heads in a world of gratitude and wonder, in the midst of all the human challenges everyone faces. We’re simply having the time of our lives. Learning. Laughing. Loving. Living. Never knowing what comes next; aware that we don’t need to know.

We’re all just Managing The Magic. And it’s all unfolding … magically.

p.s. There were some amazing photos! Here’s my compilation of the best Tour Photos at www.facebook.com/hereiihere