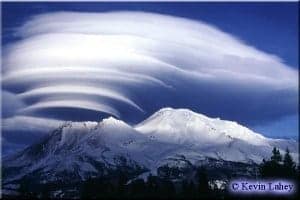 We’re in Mt Shasta, CA, recording the beginning of our next album, at RadioStar studios with world class producer Sylvia Massy.

We’ve turned a page this year. In the last 2 years, as I wrote before, we toured in our 6-passenger Durango SUV through 32 states in 2 countries (USA & Canada), performing over 200 concerts in more than 80 cities. I can’t even count how many different beds, couches, air mattresses, tents, windowsills, porches, kitchen floors, and futons we’ve slept on during that time.

It’s been an extraordinary experience. And it’s … Tiiiiiime IV Change!!! (did you know the “IV” in our song “Time IV Change” originally stood for “Inner Voice”, the band’s original name for 8 years).

That’s why we are at RadioStar studios, making worldclass studio recordings. Let me tell you, this is nothing short of alchemy, what I’m witnessing at this time. We came here to do 4 songs with Sylvia … to finally squeeze all the juice available out of these delicious songs that come through the band, into recordings that can stand on their own!

Historically, people discover HERE II HERE live … in concert. Then they go discover the recorded music, the debut album or other songs available online. Hopefully they fall in love with those recordings, although we know there’s a lot of room for growth in those recordings. They’re all primarily self-produced, and we’re proud of them, but they’re not where we want them to be (probably most artists say that until they hit the big time, with the best microphones, recording equipment, and producers that money

However, the shift we’ve been working to create is for people to discover the recorded music first … whether online or radio or on their friend’s iPod … and then for them to realize they would be simply lucky even to get a chance to see Here II Here live in concert. When that phenomenon is playing out, we’ve finally hit onto a sustainable path.

For 13 years, to their fans, the guys have been the next biggest thing just waiting to break huge. Fans are constantly dropping comparisons to The Beatles. We’ve been hearing for years that Oprah will be calling any day now. Ok, so it never really gets old to hear that … but so far neither of those scenarios have played out.

I worked intimately with a company once that was considered an overnight success (incidentally, I actually did speak to and even appear on Oprah due to that success). But what most people didn’t know, is that “overnight success” was 18-years in the making.

When Here II Here finally breaks through … and they will soon enough … they’ll be a 13-year overnight success. 13-years of playing for little to no money

; of sometimes outnumbering the audience (rare, though it’s happened); of sleeping on couches, air mattresses, porches, etc; of not knowing how we’re going to pay bills and put gas in the truck … in Alex’s case, 13-years of struggling to make ends meet with a wife and 3 kids while chasing not just a dream, but following his soul’s deepest longing … to sing with that divine voice of his.

But that breakthrough hasn’t happened yet. And we’re going on 14 years. (I’ve been with them full-time and exclusively for 4 years). Last year was our best financial year ever, and we toured 9 months out of the year to make it such. Yet still, despite amazing support from fans and thousands of CDs sold, none of us made enough money to even pay taxes

So now we’ve all consciously turned a page. We’re so grateful for where we’ve been and all the beautiful souls we’ve met along the way, and those we continue to meet. It’s time to shake things up. Change our strategy. We’ve been primarily making our way supported by the “new thought spiritual community” world. It’s been a great blessing for us. It won’t sustain us any longer. We’re itching to move beyond that world.

There’s a huge world out there deeply hungry for what we’ve got cooking.

I constantly see the profound relief of that hunger satisfied, washed over countless faces after Here II Here performs.

I don’t have a music business background. I’ll be the first to tell you I don’t really know how to “do it”. I’m their manager; and if anyone’s supposed to know, it’s me. At least that’s the story I typically believe. And it scares the shit out of me when I really believe it.

Fortunately, I’m told no one in this business ever knows what they’re really doing; not when it comes to marketing

and strategizing. It’s all mostly guess-work. Even the best in the business have dozens of failed projects for every successful one. I’ve only got Here II Here. And that’s all I want.

For these guys to fulfill their destiny. They have the potential to be among the greatest music bands this planet has ever seen. Everyone who sees them perform sees that.

All I need to is increase their exposure, so more and more people see that … until that vision is simply reality.

And so here I sit in the shadow of majestic, mysterious Mt Shasta. It’s a gray, rainy, blustery winter day. She has secrets, the local lore insists. The band is in the studio, a beautiful old renovated theater, creating alchemy with their music. One of the songs is called “Give It To The Angels” … let’s hope they’re listening!!