Women Feel Unsafe And It Is Our Fault 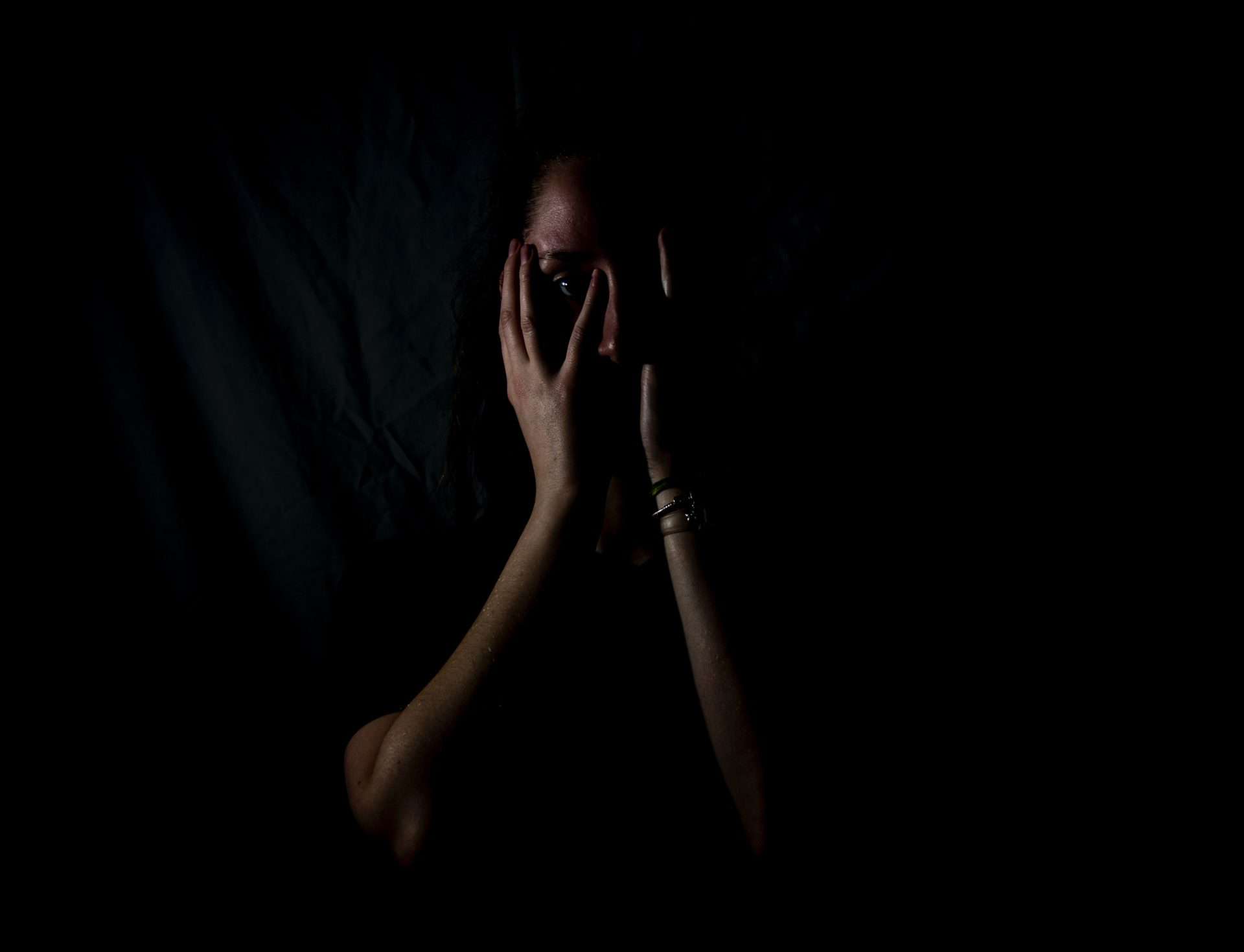 “We have to take responsibility for what we are not responsible for.”

One day, the facilitator asked this question of the men: “Men, raise your hand if you have felt unsafe at any point during the last week.” Maybe 5 hands went up, of a thousand men.

Then he asked the same question of the women: “Ladies, how many of you have felt unsafe at any time during the last week?”

A thousand female hands shot up, while men looked around shocked at the revelation.

Our women feel unsafe, constantly … and yes, it’s the fault of Men. All of us.

I write a lot about masculine awakening, what I’m discovering it means to be a mature healthy masculine man in the 21st century. Women, for the most part, love what I write. They’re aching for the mature man my blogs describe. Men, though, are sometimes triggered by what I write.

Some men feel I’m shaming men; that I’m an anti-man feminist sympathizing misandrist who blames all men (even the “good” ones) for women’s dysfunctions and that I excuse women from all responsibility.

The plain truth is, I write because I’m a man who’s been disoriented for 20 years, and as that realization awakens in me I look out and see an entire world of disorientated men and women struggling to thrive.

However, I do believe in taking responsibility for our role in the reality we’re living. And the reality we live in is women routinely feel unsafe in our society; they are constantly subject to behavior from men that devalues their worth as human beings with something meaningful to offer the planet beyond male sexual release and motherhood.

Women are unsafe and aggressed upon because so many men are stuck in a perpetual adolescence.

As a male culture, we haven’t yet fully achieved the mature experience of our masculine nature. Too many men still demean “girls” by pulling on their pigtails, bullying and hitting them, tricking them into showing their boobs and calling them bad names. They just do it now wearing business suits and NFL uniforms, drinking beer instead of kool-aid.

I know many good men don’t treat women this way. But it’s common enough that the majority of women experience it all the time, from our city streets to college dorms to US Congress.

Too many men haven’t learned to connect their innate masculine aggression to their hearts.

I wrote a popular article recently about how I grew up believing women were only afraid of aggression in men, so I suppressed any experience of aggression in myself, especially sexual aggression. I did not want women to ever feel unsafe around me. While this enabled me to cultivate beautiful friendships with women, in disowning the primal aggression inherent in my masculinity, I also left women to fend for themselves in many ways.

I believe we don’t stand up for women enough. Culturally. Individually. On TV. At work. In our conversations with other men.

I know the male voice isn’t completely missing. I know the men reading this are probably the good ones.

But I’m also one of the “good ones” and I’ve stayed quiet knowing certain male acquaintances would act terribly towards women, unconsciously content in knowing at least I wasn’t the one acting badly.

The evolved masculine nature can be an aggressive force for good.

When connected to heart, the mature masculine essence (which is not just a man thing, as women can express masculine energy, too) fights aggressively for the well-being of all beings inside the kingdom. It protects its charges from the forces of chaos and ruin lurking outside the castle walls.

For thousands of years our more “civilized” cultures have been expressing this aggressive aspect of masculine force in overwhelmingly destructive ways, disconnected from heart, as oppressor, denier, abuser, exploiter, conquerer. As this immature Lord of the Flies era continues to play out on a planetary scale, our immature masculine nature runs amok, expressing in abundance the entire range of perverted masculine behaviors that destroy our feminine counterparts, from kidnapping them in African villages to sexualizing them in our offices to beating them up in elevators.

Comedian Louis CK brilliantly points out that men are the number one threat to women:

The classic book on masculine archetypes, King Warrior Magician Lover, is about the evolution in males from the “boy psychology” to “man psychology.” They say this about man psychology:

“Man psychology … has perhaps always been a rare thing on our planet. It is certainly a rare thing today. The horrible physical and psychological circumstances under which most human beings have lived most places, most of the time, are staggering. Hostile environments always lead to the stunting, twisting, and mutating of an organism. … Let us frankly admit the enormous difficulty of our situation, for it is only when we allow ourselves to see the seriousness of any problem and to admit what it is we are up against that we can begin to take appropriate action, action that will be life-enhancing for us and for others.”

I’m writing this article because this morning I spoke with a strong female coaching client of mine in San Francisco who melted into tears relating recent stories of daily harassment at the greedy hands of men. Not just your cliche construction workers, but co-workers, colleagues, men at networking events, and even a casual male friend she didn’t trust to have in her home because he was always testing her with his sexual agenda. And she’s no passive pushover woman who can’t handle herself – though why should she have to “handle herself” at all?

Despite our advanced modern technologies, so many modern men are the modern product of ages of warped and twisted masculine expression.

Fox TV regular, Arthur Aidala, in a recent segment on sexual harassment in Congress, proudly demonstrated his technique for “complementing” women on the street by standing up and clapping as an imaginary woman walked by. He says his “smile success rate” is 90%. My coaching client pointed out – as did Daily Show correspondent Jessica Williams – that women smile because they know if they don’t give such a man what he clearly wants (attention, acknowledgment) there’s a high likelihood he’ll get nasty and call them a cunt. Aidala’s “success rate” relies on a woman’s survival tactic.

Oh, the woeful ignorance of such men.

I grew up surrounded by women. Throughout my life I have heard their stories, and the stories of my girlfriends and female friends, about the demeaning behavior of male colleagues, bosses, friends, strangers, dates, and even their own intimate partners.

The authors of King Warrior Magician Lover also remind us that we must learn to take responsibility for that which we are not responsible for. It does innocent men no good to simply rest in the comfort of knowing they’re not the perpetrators. It is our close male friends, our brothers, our fathers, our sons, and even many of us blind to our own behavior, who are making life distasteful to women on a daily basis. Our joking approval, even our silence, in conversations with each other only perpetuates women’s suffering.

I do not wish men shame. I know women demean men, too; they also have their growing up to do.

Still, it’s on men to confront our own masculine disorientation, to explore where we are stuck in boy psychology – or trapped in the dark shadow aspects of man psychology, which is to say, living as men disconnected from heart. Our unwillingness to face our own selves, whether or not we’re acting in these demoralizing ways to women, keeps our world twisted and stunted, and keeps our women feeling unsafe even in the presence of so many “safe” men.

We must learn to use our innate masculine aggression as a constant force for good, lest we leave our women to fend for themselves in a world that still disrespects them daily.

We must study and explore and work authentically with other men to uncover what it means to be mature masculine men.

We must each do the inner work necessary to claim our 21st century Manhood, to create a world for our women in which they can finally feel safe.