Your Loyalty To Truth Can Hurt You w/ Jesse Elder (014) 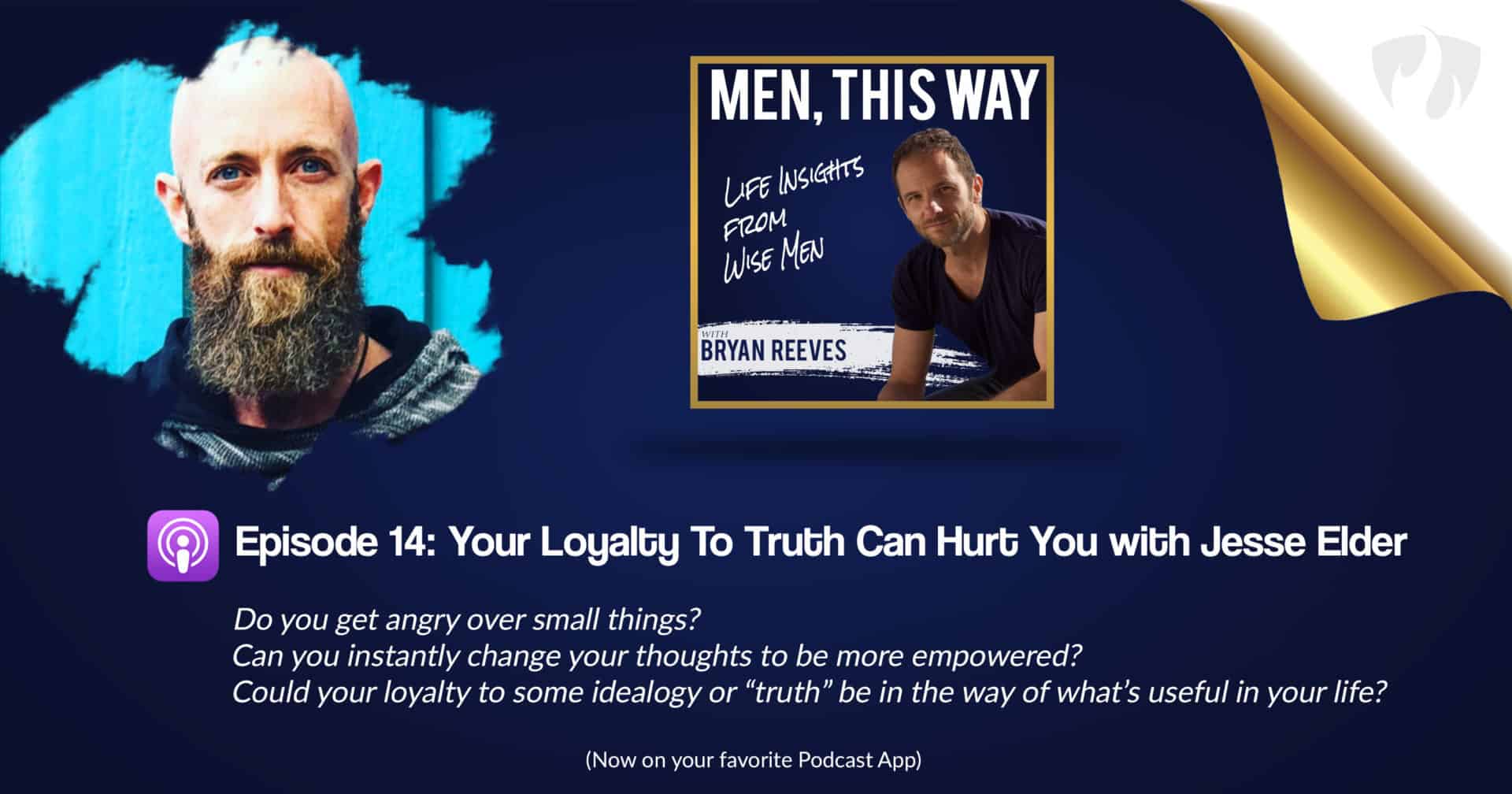 Do you get angry over small things?

Can you instantly change your thoughts to be more empowered?

Does loyalty to some idealogy or “truth” get in the way of what’s actually useful for your life?

Jesse Elder is a fascinating man. His inspired, and improvised, mind-vitamin wisdom videos have been viewed by over 60 million people across the social media world.

Jesse’s background is in martial arts where he honed much of his embodied wisdom through decades of training and teaching and fighting in actual hand-to-hand combat, in both official martial arts competitions but also in underground fight-club like experiences where men fought for the win with no protective gear, no weight classes, and no rules, save I’m guessing for no death grip moves on each other. In this conversation, in fact, Jesse tells a powerful story about how getting his head smashed into the pavement at a party after hitting on someone else’s girl early in his martial arts career offered him a powerful lesson in the difference between truthfulness … and usefulness.

Jesse, also known as the “Time Piercer” for his elastic perspectives of time, exudes the calm presence of a master teacher, and he is a master teacher. After building a multi-million dollar martial arts school franchise, he sold it to a business partner and launched himself full-time into sharing his wisdom through coaching, teaching, speaking, and his mind-vitamin videos.

I believe you’re gonna be deeply served by your time with Jesse Elder and I today, for we talk about the power (and pitfalls) of mindset, simple road maps to living freedom NOW, what it means to not merely face reality but actually create reality, and more.

Definitely stay tuned for Jesse’s 5 Key Takeaway’s at the end of this episode of Men, This Way …

Find Jesse @ www.JesseElder.com
Jesse’s Mind Vitamin Videos
On Instagram @JesseElderLive
Jesse Elder on Facebook
Jesse’s Prime Light Meditation @ www.JesseElder.com/products/ (note: this is currently a $700 offering. Should Jesse make this available free exclusively to “Men, This Way” listeners – we’re currently waiting to hear back from him on this – we’ll put that new link here. Keep checking back.)