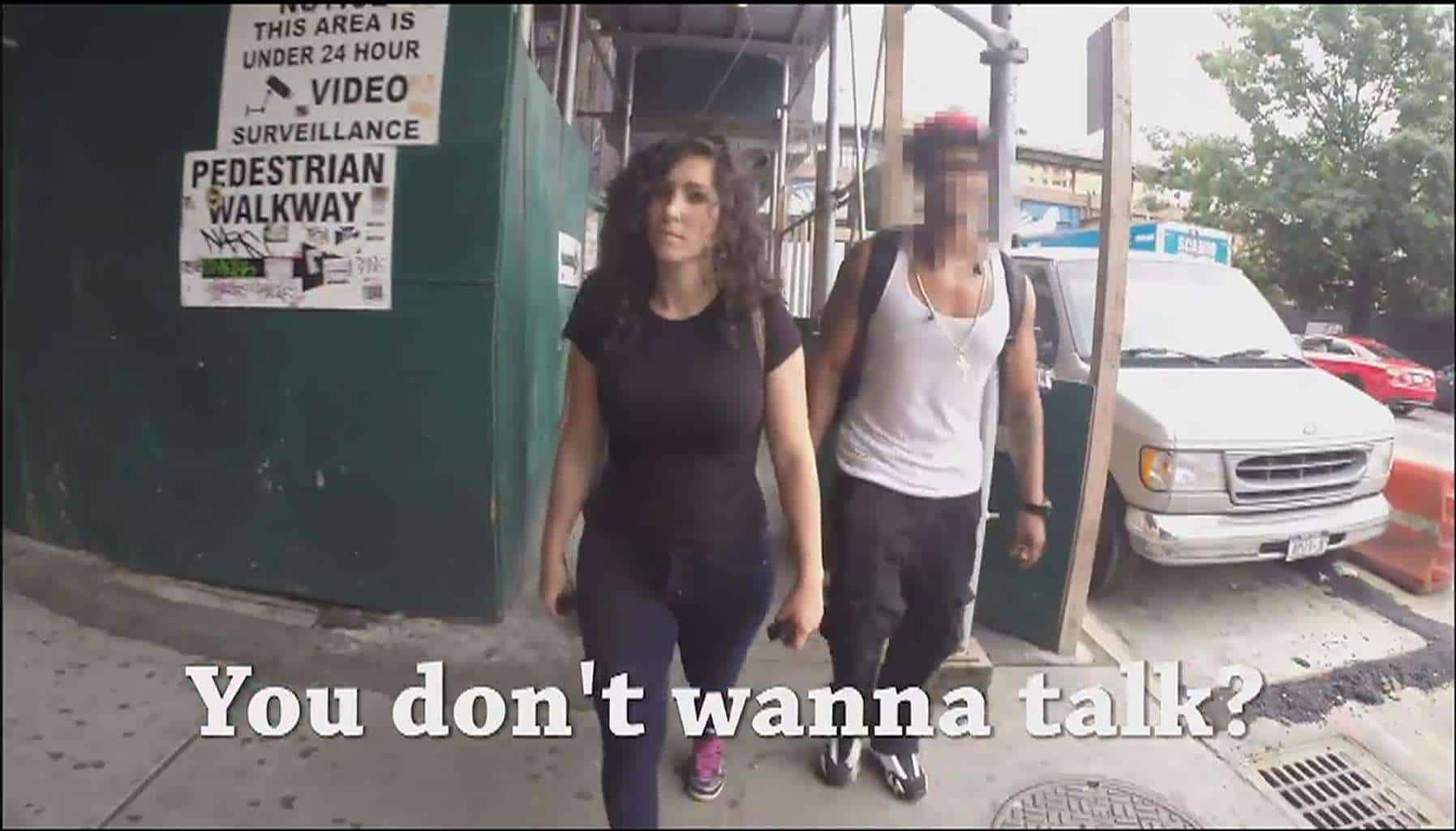 There’s only one right way to compliment a woman: Freely, with no expectation that she’ll give us anything in return for it.

There’s only one place a genuine compliment arises from: Genuine appreciation of whatever gift she’s giving to the world in this moment.

Whether that gift be her radiant femininity, her intelligence, her presence, her physical beauty, her smile, her cleverness, her strength, her love. Whatever she is offering the world in this moment, a compliment is well-suited to tell a woman that her presence is genuinely cherished.

When a man can offer a woman such an acknowledgment, freely and sincerely with no expectation of anything in return from her, everyone feels great. Acknowledging and appreciating beauty in the world is a pleasure, in and of itself.

Unfortunately, too many men only compliment women when they want something from her: a smile, acknowledgment, validation, a phone number, sex, feminine energy, whatever, anything.

Remember that video of a woman walking through the streets of New York, approached, followed, harassed, catcalled, propositioned, objectified more than 10 times every hour? It’s only ugly because we immediately get that all those men want something from her that she doesn’t want to offer, and they don’t care that she feels uncomfortable in their presence. Their selfish, narcissistic disregard for her well-being is offensive.

Men, can you imagine being constantly approached by total strangers who want something from you, who are physically stronger than you and would almost surely take what they want if they thought they could get away with it?

I was in Starbucks yesterday when I saw a well-to-do 50-something-year-old man and a Starbucks employee start impishly elbowing each other when an attractive woman walked in the store in that way adolescent boys do. I felt nauseous, myself, just watching these two grown men mentally gang-bang her as she waited to order a latté.

We have no idea how powerful we truly are, or where our authentic power resides.

We tend to think our power is in our sheer force of will. Our persistence. Our insistence. Our cleverness. Our anger. Our testicles.

Yes, there’s power in those places. We use them constantly to persist, coerce, manipulate, shame, berate, and cajole women into giving us what we want. Then we wonder why so many women have a hard time trusting most men.

But that’s not where we’re most powerful.

A man’s true power is in his heart.

When a man can only hold the world and women as objects in his endlessly strategizing mind, he will use both only as tools to serve his little ego self.

Such a man will use the limited battery power contained in his will, persistence or cleverness, in his anger or in his testicles, to get whatever he wants from the world and from women. Even if he has to manipulate, exploit, coerce, or oppress. Such a man will tend to create a lot of collateral damage as he constantly maneuvers to sustain his flickering power.

However, a man connected to his heart is a man who radiates power like the sun.

He will hold both the world and women with appreciation and respect for their beauty, their life-giving force, their innate mysterious wisdom and infinite gift of love energy. Such a man will treat a woman completely differently: he won’t expect her to return his gift of appreciation and cherishing, though he’ll certainly welcome it when she offers it freely. He’ll experience an authentic power beyond measure.

That may be poetic, but consider that in her core, a more feminine woman often enjoys her beauty being appreciated by others. Many women enhance their physical appearance with jewelry, make-up, perfume, and attractive clothing not only because it’s inherently enjoyable to be adorned with beauty, but it can also create deep pleasure inside her to be seen and appreciated, as well.

A man in his heart will absolutely appreciate a woman’s beauty, and he can express that appreciation in all kinds of ways that won’t make her feel uncomfortable.

He can even enjoy in her presence the sexual charge that rises in his body like that electric tingle in summer air before a thunderstorm—without making her feel like she has to do something about it. She may not want to do anything about it for him, and he’ll be ok with that because he holds her in his heart. Concern for her well-being is primary in his heart. And she’ll feel that. She’ll instinctively trust him because of it. A new world is born.

Because she trusts him, a woman may open to a man even more in the presence of a genuine compliment, like a beautiful flower opening to the sun, eager to offer its hidden gift to the world. She loves being deeply appreciated, cherished, and a genuine compliment communicates this to her. This is the power of real love. Only a man in his heart can access such power.

Still, a man in his heart doesn’t ask anything in return for his compliments, not even acknowledgment.

Women have been mishandled daily for ages, in the streets, at the office, in their homes, by their friends and acquaintances and strangers, by too many men disconnected from their hearts and so challenged to see beyond merely the advantages a woman can offer them. We men can be thoughtful about that.

We can still give women compliments, too, which most surely welcome so long as we don’t demand anything in return.

When we offer a genuine compliment to a woman, we simply offer a gift: Our pure appreciation.

And as we feel great and fulfilled in the giving, everyone wins.