Why I'm giving up women for 30 days 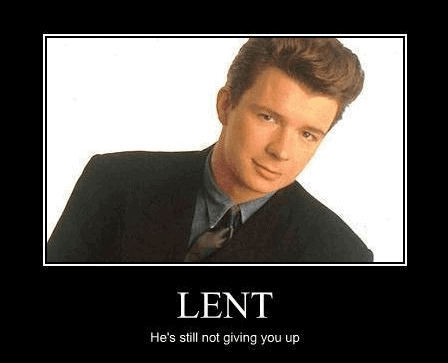 Scoff if you must. “Wow, 30 full days,” you say sarcastically as your eyes roll and your empathy shrivels.

But this is what it means: no dates, no sex, no actual flirting, no making out, no strategic loitering in the yogurt aisle or after yoga class, no offering my phone number or asking for hers, no holding hands, no indulgent hugs or smelling of hair as she walks by, and especially no accepting a woman’s invitation to follow her into her tent to “have a few beers” ……. ok, so I fell off the wagon Saturday night at a little hippie festival in Ojai and followed a lovely woman into her tent to “have a few beers.” No, we didn’t have sex, but I definitely went where I swore 7 days prior I would absolutely not for 30 days go!!

So, gotta reset the clock. I’m committed to 30 days.

Because I’m single, and I so profoundly crave being wanted, seduced, appreciated, touched, loved … just simply SEEN by women I’m attracted to … that I expend so much precious energy in my daily life seeking it out.

It’s like being addicted to sugar: in moderation it’s fine, but routine rummaging frantic through the cabinets in desperate hopes that I’ve overlooked a tiny sliver of chocolate bar just becomes exhausting.

Even if days or weeks go by without a satisfying interaction, just the very intense longing for it still has me frittering away precious energy most days. For example, I’ll easily spend an extra 90 seconds in the produce section fumbling with weird vegetables I’d have no idea what to do with in the hopes that attractive woman over there browsing bananas might notice me … … but notice me and do what? Ask if the Okra’s ripe? Smile all friendly-like and thus clear the way for a long life together?

So that’s 90 seconds minimum at the grocery store. Tack on another 5 minutes for the additional leg exercises I do at the gym after pretty little pink “juicy” pants shows up at the thigh squeezer next to me. At least my legs get stronger. And of course, I can’t forget the incessant looking about and radar tracking head-swerve I do throughout the day whenever a potentially attractive woman traverses my air space (and sometime’s it’s even just a long-haired, skinny-legged guy! yikes!). That’s got to account for … well, it’s all just way too much time to account for in a day.

It’s as if attractive women (attractive to me) have a powerful gravity-beam sweeping out in all directions designed to effortlessly enchant a single man like me, drawing me close into their alluring orbit.

Well, I want my life back!

Now, I’ve always been loyal in relationships. I’ve never cheated on a girlfriend. Once, when I thought I was at risk of doing so, I actually told my girlfriend first before anything happened, which actually dissipated the energy.

It’s just that I’ve been mostly single for the last three years, and since my last serious relationship I haven’t been able to really connect with a woman in that magical way I genuinely long for. I’ve dated a lot, but what I’ve really mostly done is follow women into conversations and relationships that I knew in my heart would not go far. In fact, I’ve consciously watched myself, from a very first encounter, set us both up for that inevitable and hurtful moment of disappointment.

Over and over I’ve been that movie character under a devilish magic spell. Fully aware and disagreeing of what I see myself doing, the spell compels me to raise my arm, aim the gun at my own head, and pull the trigger with my own finger, despite my wild protests.

What is it in me that so craves the attentions of a woman?

Surely, it’s perfectly natural and not something I should be either ashamed or even attempt to be rid of. I’m a heterosexual man! Of course I should want women to want me. That’s the only way humanity can survive! (not by wanting me, specifically, just me … but wanting men, in general … although now that I think about it, part of me definitely wishes humanity’s survival depended on women wanting me exclusively.)

I’ve probably spent a lot of time in relationships because the woman chose me, versus relationships where I authentically chose her, too.

I want to break this pattern, but there’s one crazy belief I’m butting up against as I attempt it:

“My worth as a man as defined by a woman’s attention: No woman = No worth.”

I know it’s insane. But that thought has haunted my brain synapses and fueled unhealthy decisions for much of my adult life.

So the question is, Can I make the conscious decision to walk away from an attractive woman who would offer me her attention and affection, confident in the knowing that she does not define my value as a man, or even as a human being?

After all, I don’t imagine the woman I’m really calling into my life will be long attracted to a man who derives his value from her attention.

I also sometimes wonder if I’m actually addicted to the very experience of hope, itself, that today I might meet the long-legged, bright-eyed, vast-hearted woman of my lifelong dreams. Very few days have gone by over the years that I did not harbor some heated desire that today would be that day. What if she shows up during these 30 days, excited to cook me Okra, but instead our paths don’t cross because I bypass fresh produce?

Could I be addicted to hope?

Can I give up indulging in the intoxication of perpetual anticipation for 30 days?

I gave up sugar for 30 days in February – not even a blueberry – and that experience definitely transformed my previous junkie-addict relationship to sugar. I can do it with women, too.

There are so many amazing women in this world, but I genuinely just want one by my side. I know I can explore the entire universe within the embrace of one woman’s arms.

I have a male friend who fasted from women for 2 years! The thought of that just makes my chest hurt. I hope you don’t get the impression that it’s just so easy for me to have a woman that 30 days feels like a lifetime. It’s not like that. I’ve routinely gone thirty, sixty, ninety days and even a lot more more in my adult life without the affections or meaningful attentions of a woman. But life imposed those unwanted droughts on me. This is the first time I’m doing it by choice, and in the midst of LA where delicious women literally run rampant.

But so much of my identity and self-worth as a man seems dependent upon the charms of a woman … and I want my power back.

I do believe the woman I’m truly waiting for will show up when I’m ready. And I realize the way I’ve been going about things for 20 years … well, I’ve certainly taught myself a lot, but I’ve also brought myself to this moment: 39 and still single.

Which definitely ain’t a bad thing. Being single is awesome. Flirting and making out and dating and surreptitious tent visits are a delightful part of living!

It’s just the energy and power I’m consistently squandering away in the pursuit of affection and attention are distracting me way too much from what life is clearly asking of me right now.

In fact, even in just these last 8 days, the clarity and relaxation I’m already experiencing has empowered me to sharply rededicate myself to all the exciting projects before me.

I’ve got a book to finish writing! Mindfulness courses to teach! A Deva Premal concert and Military Vets events to produce! I’ve got lots of blogs to write and speaking engagements to rock! There’s coaching clients to be served and basketball to be played and big, goofy dogs to romp around with! … and I’ve got brief trips to the grocery store to make that don’t need me lolligagging about because some long pair of deliciously smooth legs is strolling all sexy-like down Aisle 8!

What does it look like when you consistently give up your power to sexual attractions? What might happen if you were to rededicate yourself to the things that are genuinely meaningful to you?

Wish me luck on the journey! In the comments below, I welcome your insights and suggestions on how to move through this powerfully. Thanks!

p.s. if you leave your number please note that I’m not calling for the next 30 days ; )