You Can’t Be KING … Until You Embrace Feminine Energy 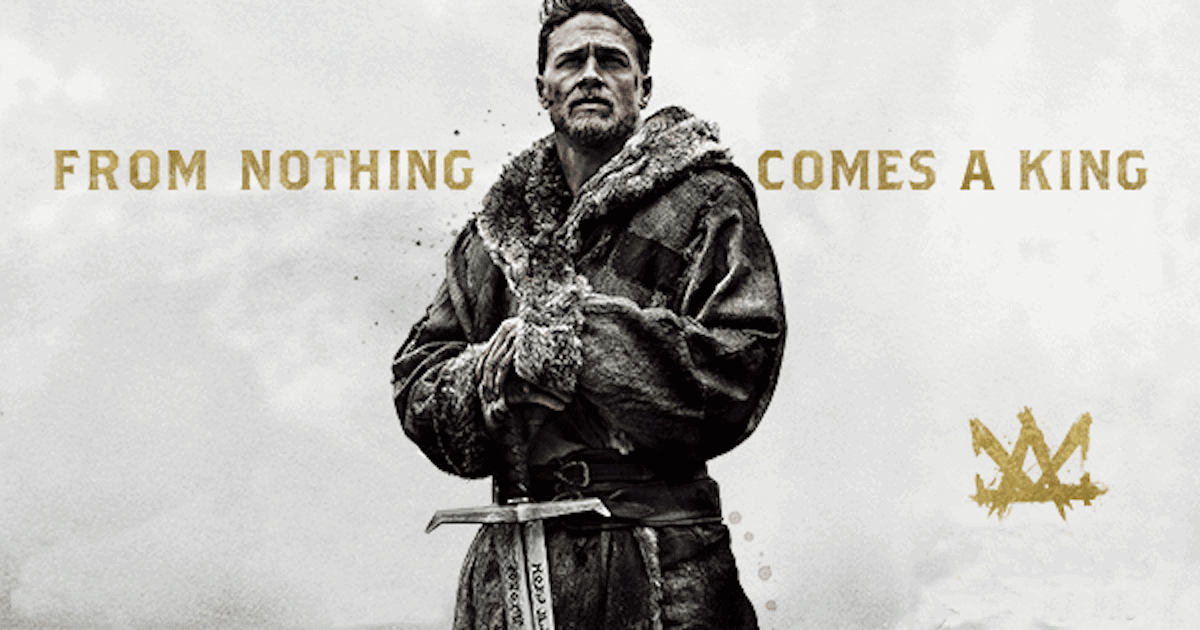 No man can truly be King until he is willing to take responsibility not just for himself, but for the entire world around him.

Until then, he might get rich, but all he’ll have is money.

Last night, I watched the recent remake of “King Arthur”with my lady and my step-father, all cozied up on a couch with 2 Bernese Mountain Dogs and our little Golden Yellowjhan, fireplace crackling in the background.

You probably haven’t seen it. I’d heard it was not very good.

But we wanted to watch something all 3 of us could enjoy. My step-father is that classic man’s man: He loves action, particularly battle scenes where lots of men kill each other. Silvy loves period pieces and stories of emotional intrigue. I love expansive epics.

This one seemed to have all 3 … and it was fascinating!

It has everything you need to know about the evolution of The Masculine from boy to King, why most men get stuck in perpetual adolescence, and how truly powerful we – man or woman – become when we finally learn to embrace Feminine energy.

King Arthur is the story of a boy who does all he can to avoid his destiny. He has a good heart, defending those close to him with vigor, but the rest of the world?

He’s far more preoccupied with accumulating wealth and living unnoticed by the bigger powers that would destroy him, that are already destroying the rest of the world.

In other words, like many men today – including myself in many ways – he stubbornly resists taking any real responsibility for what lives beyond his own self-serving concerns.

And there’s no wise elder men present to show him how.

One day, a good wizard shows up to guide him towards his destiny.

This wizard is a woman … naturally.

Naturally, he resists and mocks her, even after she saves his life.

So what does this mysterious Feminine muse do to get him to wake up?

She sets upon him all kinds of terrible experiences – confrontations with Death – which he must survive so he may finally be worthy of his birthright as King.

… she says as we see him desperately fighting off giant rats and monster-fanged snakes.

Of course not. No man can become the King he was born to be so long as his frightened inner adolescent who refuses to grow up remains in control.

Still, she refuses to be “easy” for him to “deal with.”

After all, how can she know if a man is truly oriented towards Love if he isn’t pushed beyond the limits of his own logic?

That’s the Great Gift of the Feminine most men – and most women, too – fail to grasp:

She orients us towards Love.

When we refuse to embrace Her influence in our lives, we orient towards shit that doesn’t matter – money, orgasm, self-inflation.

Did you see Wonder Woman?

My favorite scene is on the battlefield where the “good guys” have taken Wonder Woman to accomplish their shared mission of stopping the enemy and saving all humanity.

In a dirty trench she meets a suffering woman who tells WW of her village’s impending demise just 100 yards away, across a heavily defended front.

The men insist on pulling WW away from this woman, to keep her focused on the “larger mission” as they understand it.

“We can’t help these people. We must continue on our mission. You can’t go onto that battlefield; you’ll get killed. It’s NO MAN’S LAND,” they literally say.

Ahhhh … isn’t that the lament of so many men?

For many men, intimate relationships are “No Man’s Land.”

Last summer, I started creating a new online program to help men navigate the challenges of relationship. I was calling it “No Man’s Land.” (it felt heavy to continue so I put it aside)

Most men’s self-worth is tied to performance. If he does good, he is good.

Yet so many of us experience relationships as a world in which we’re damned if we do, damned if we don’t. No matter what we do we can’t make – or keep – a woman happy, at least not for long. Seems she’s inevitably upset about something we did or didn’t do.

But rather than learn to embrace her capricious ways as an ongoing invitation to every day continue pursuing her heart – which is how a relationship stays dynamic and sexy – we take it as an affront to our masculine identity.

This awful misunderstanding is at the core of so much relationship dysfunction and ultimate breakdown.

Wonder Woman waves off the men’s objections on that battlefield, insisting that THIS woman and THIS village right in front of them … IS her mission. She charges off into No Man’s Land as the men naturally look on in horror, afraid of death.

As they watch her successfully make her way through, they’re stirred with courage and hope and finally choose to follow her. Naturally, it turns out their “mission” to save humanity is ultimately fulfilled by following Her lead.

In real relationships, too many men refuse to follow their women onto that battlefield. We hide in the trenches instead, where we think we’re safe from death, though we’re actually just dying slowly, unfulfilled, as the war grinds on and no connections to the “other side” are ever made.

Yet every ancient boyhood to manhood ritual involves somehow facing and overcoming the fear of Death.

I have coached so many men who had everything – wealth, comfort, success – and yet were dead inside because they weren’t willing to let it all go to serve something deeper: Love.

In other words, they weren’t willing – didn’t even know how – to die for Love.

I used to think “Masculine” meant “Leader.” (I was in the Air Force.)

A few years ago, while on sacred retreat to the Australian Outback with a woman coach I was working with, I had a massive epiphany:

The Feminine uses her connection to the mysterious heart of life to orient her Masculine partner towards Love.

The Masculine then uses his gifts to figure out how to bring Love into actual Being.

Any other dynamic is a perversion of life.

In the movies, the differences between the good King and the bad King – or the protagonist and the antagonist – are always the same.

A good King is oriented towards Love. He (or she) uses wit and might to restore the world in love.

A bad King is oriented towards his own greed. He’ll destroy the world, even everything he cares about, to pursue power for power’s sake.

In King Arthur, the bad King first kills his own wife and later his own daughter, sacrifices to make himself more powerful so he can defeat the good King and hang onto power.

Every man is routinely faced with the choice to sacrifice Love on the altar of his ambitions.

Sometimes a man’s ambition is as simple as wanting to watch the game. He’ll quickly reject his partner’s bids for connection just to see the next play. I’ve done it. I don’t mean to say a man shouldn’t have his space to relax and enjoy watching other men solve made-up problems. He surely should.

I’m only pointing out how easily and routinely we all – men and women – can dismiss love with the roll of an eye.

When King Arthur first defeats a horde of enemies with his magical sword, Excalibur, even the most hardened men at his side are electrified, invigorated, shocked. As they should be, for when Masculine and Feminine energy partner as One, we can overcome any obstacle.

The first time it happens he confesses, “I wasn’t controlling the sword. It was controlling me.”

After he has fully faced death and is ready to be King – and this happens when he finally takes full responsibility for restoring life to the entire kingdom, even if it costs his life – he learns to fully wield the power of the sword.

The bad King is easily routed, vibrant life restored to the castle and all the realm.

When men (and many women) start learning to embrace the mysterious Feminine in every human heart, the world will be a vastly different place.

Movies are stories that, at their best, teach us something profound about how to live, how to love.

A movie won’t speak to your heart if it doesn’t say something meaningful about the Masculine embracing the Feminine, together righting the world back to love.

I can’t watch movies anymore without seeing some aspect of all this at play. I see it everywhere actually, in our politics, how businesses work, even in sports and games – in Chess, the King can move only one space at a time. But the Queen, now she’s the one you need to look out for, for she goes as far as she wants in any direction she wants.

I see it within every man and woman I work with. I see it in me.

If you look closely, you’ll see it everywhere, too. 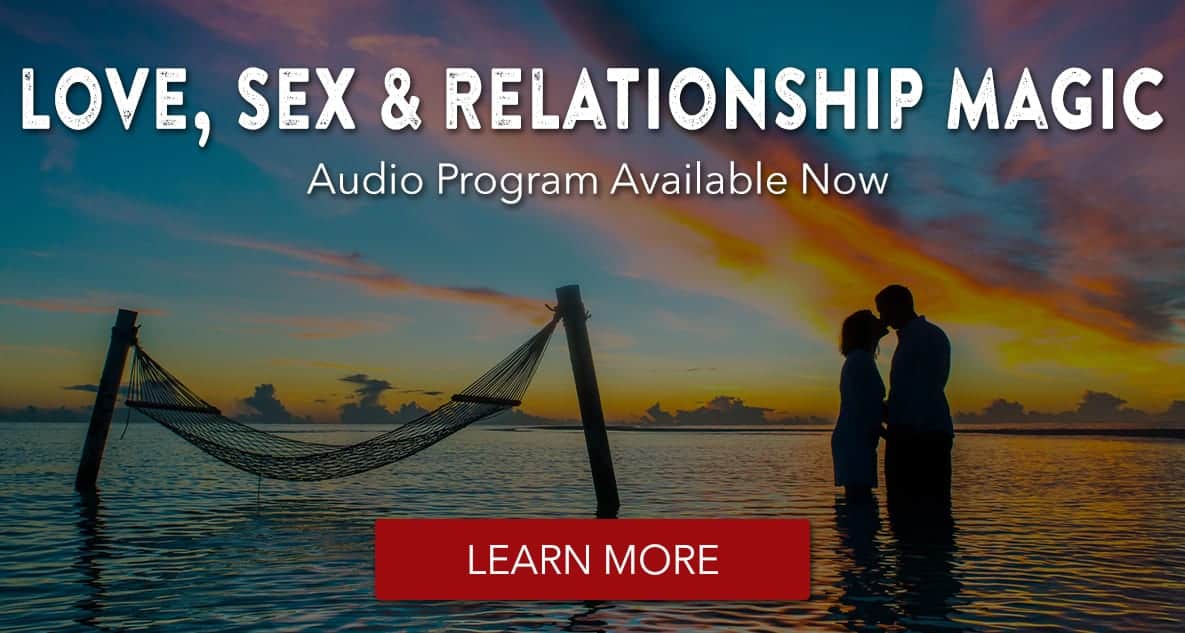 You’re Ready For All of Her, You’re a Goddamn Warrior

A Man's Evolution in Intimacy with Women