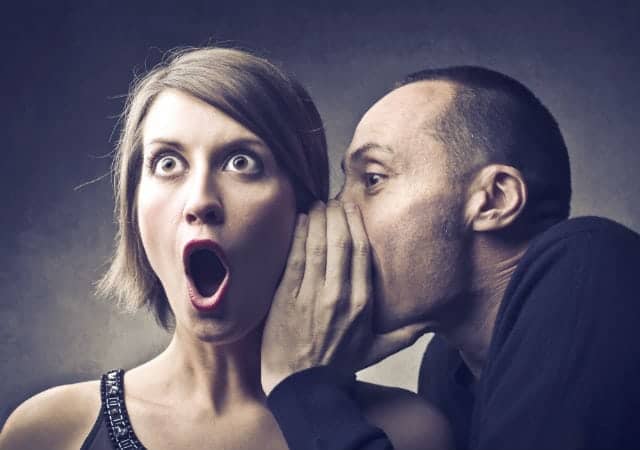 Most men think we have to do it alone. Bear whatever burden alone.

We don’t ask for help. We don’t confess our worries, our sadnesses, our confusion, our despair. We don’t engage other men in vulnerable conversations, and we sure don’t let women know what’s really going on inside us—unless we think doing so will get us laid, or admiration, or something.

We don’t even tell our intimate partners our deepest truths. Yeah, sure, we hear them say they want the truth. But we don’t believe them. One of my close man-friends recently told me he grew up in a home with this core message:

“Always tell us the truth … and we will NOT be able to handle it.”

Somehow I learned that message growing up, too. You?

Another close friend grew up believing he would be abandoned and essentially die if he told a truth he thought might upset his family. He was sexually molested. He told no one and carried the confusing shame alone into adulthood, and then into his marriage. Although he told his wife about the actual event, he didn’t tell her about the unhealthy behaviors he had developed over the years to distract himself from the burden of that memory, notably an addiction to porn and excessive romantic flirtations with women who never knew he was married. His inability to share the depth of his very human challenges nearly sabotaged their marriage when she suddenly found out by looking through his phone.

We can’t need to rely on anyone, and we can’t make a mistake. If we do, the world will fall apart. Or at least we won’t have an honorable place in it anymore. Our partner will leave us. Or they’ll no longer respect us, in which case they might as well leave us.

That’s probably why women outlive men. We slowly kill ourselves with unhealthy behavior. Women don’t drive men to an early grave, as comedians would have us believe. We drive ourselves.

At its worst, “grin and bear it” leads men to the gravest act of check-out possible: suicide.

What Robin Williams did. What 22 despairing military veterans will do today, and again tomorrow, and again the next day. What aging NFL football players do to themselves. The same thing many teenage boys do, who die by suicide four times more often than girls.

According to Forbes magazine, despite women experiencing higher incidents of depression, men across the planet commit suicide more frequently.

Jimmy Stewart, a defensive back with the Saints and Lions who retired and became a family therapist to work with athletes and military personnel suffering from PTSD, told ESPN Magazine,

“The four years I played pro football were some of the most horrendous of my life. I cried alone. I was frightened. I badly needed somebody to talk to, and I know so many guys today who feel the same way … Players are not committing suicide just because they have CTE [brain injury]. They are committing suicide because they refuse to be vulnerable. CTE can cause symptoms of depression, but it’s isolation and invulnerability that causes you to commit suicide.”

Throughout human history we have been a tribal creature. We have always banded together to protect ourselves, our families and communities, from the threats of the day. Today, in our fast-tech individualistic society that still rewards masculine expression (e.g. competitiveness, ambition) over feminine (e.g. vulnerability, sharing), male aloneness and isolation is one of the biggest threats we know. Especially, as Robin Williams pointed out, when we’re actually surrounded by people.

Even as men whose culture tells us we’re supposed to know what to do next, the fact is we often don’t. We’re each as clueless as anyone else on this wild miraculous planet. We daily deal with emotions and burdens that are way too big for us to carry alone.

These are not weaknesses we’re supposed to manhandle into denial. They are our human realities. Confessing that is as good as place as any to start.

In the quote at top, Robin Williams was pointing at the awful loneliness we might feel when surrounded by people to whom we don’t feel safe confessing our deepest truths. I’m not suggesting Robin’s wife or family wasn’t making him feel safe to be himself. I wouldn’t dare put this extreme decision on anyone but Robin. We are each ultimately responsible for whether we choose to allow ourselves to be fully seen, or not.

In the next 24 hours, I invite you to have a real conversation with someone you care about. Tell them about your deepest secret fear, and also what you love most about their presence. Get real with someone.

Your woman, your man, your family, your community—your own life—may very well depend on it.

We don’t have to make others do it alone, either.

As thoughtful men, we must also ask ourselves: “Am I the kind of men others feel safe to fully be their human selves around, too?”